* FREE Shipping on Orders over $75

Need Help? Schedule an Online Visit with a Provider

1. Eye Makeup: Eye makeup has been attributed to only 4% of cases of eyelid dermatitis according to the North American Contact Dermatitis Society. See below for a list of many other often-implicated chemicals

3. Metals: Nickel (the most common), gold, cobalt and others. These metals are transferred to the eyelid on the hands. The eyelid skin is for some reason particularly sensitive to small amounts of these metals resulting in the dermatitis.

4. Preservatives in skin care & hair care products: including formaldehyde and formaldehyde releasers (see above), MCI/MI, parabens and others.

5. Hair Dye: A chemical called paraphenylene diamine which is in most hair dyes and which is very carcinogenic has also been implicated in eyelid dermatitis.

6. Soaps: A chemical in most soaps called cocamidolpropyl betaine has been implicated in eyelid dermatitis. This is often seen when one uses a baby shampoo as an eyelid wash. Most baby shampoos contain frangrance, sulfates, cocamidopropyl betaine and other potential irritants and allergens.

7. Fragrances: Many different chemicals are considered to be “fragrances” on ingredient lists of products. A few fragrances include sandalwood, balsam of Peru, and masking fragrance. Itis important to understand that essentail oils also contain many of the fragrance chemicals in them and therefore are also a common culprit. Many other fragrance compounds have been implicated in many cases of eyelid dermatitis.

8. Eyelash glue & Artificial Nail Glue Acrylates: There are several reported cases of allergic reaction of the eyelids to the acrylate glues that are present in eyelash glue and artificial nails.

9. Topical Antibiotics: Bacitracin, Neomycin, and Polymyxin B, present in topical triple antibiotics, are extremely allergenic. Neomycin for example, was found to be the fifth most common skin allergen with ten percent of people who have a suspected allergic skin disease actually having an allergy to neomycin. Neomycin in fact, can be so allergenic that it can cause anaphylaxis in some people. The American Contact Dermatitis Society even nominated neomycin as the “Allergen of the Year” in 2010.

A common presentation of neomycin allergy is an eczematous rash (that may be anywhere that the neomycin is being applied including the eyelids). Often, people may develop a rash from an allergy to one of the above chemicals and will treat it with one of the topical antibiotics only to then develop a severe allergic reaction to the antibiotic. This allergic reaction is often confused for an infection and prompts a doctor visit and an oral antibiotic is prescribed. Meanwhile, the rash will persist or continue to worsen, sometimes triggering an even stronger antibiotic….when the problem was really an allergic reaction to the neomycin in a triple antibiotic in the first place. 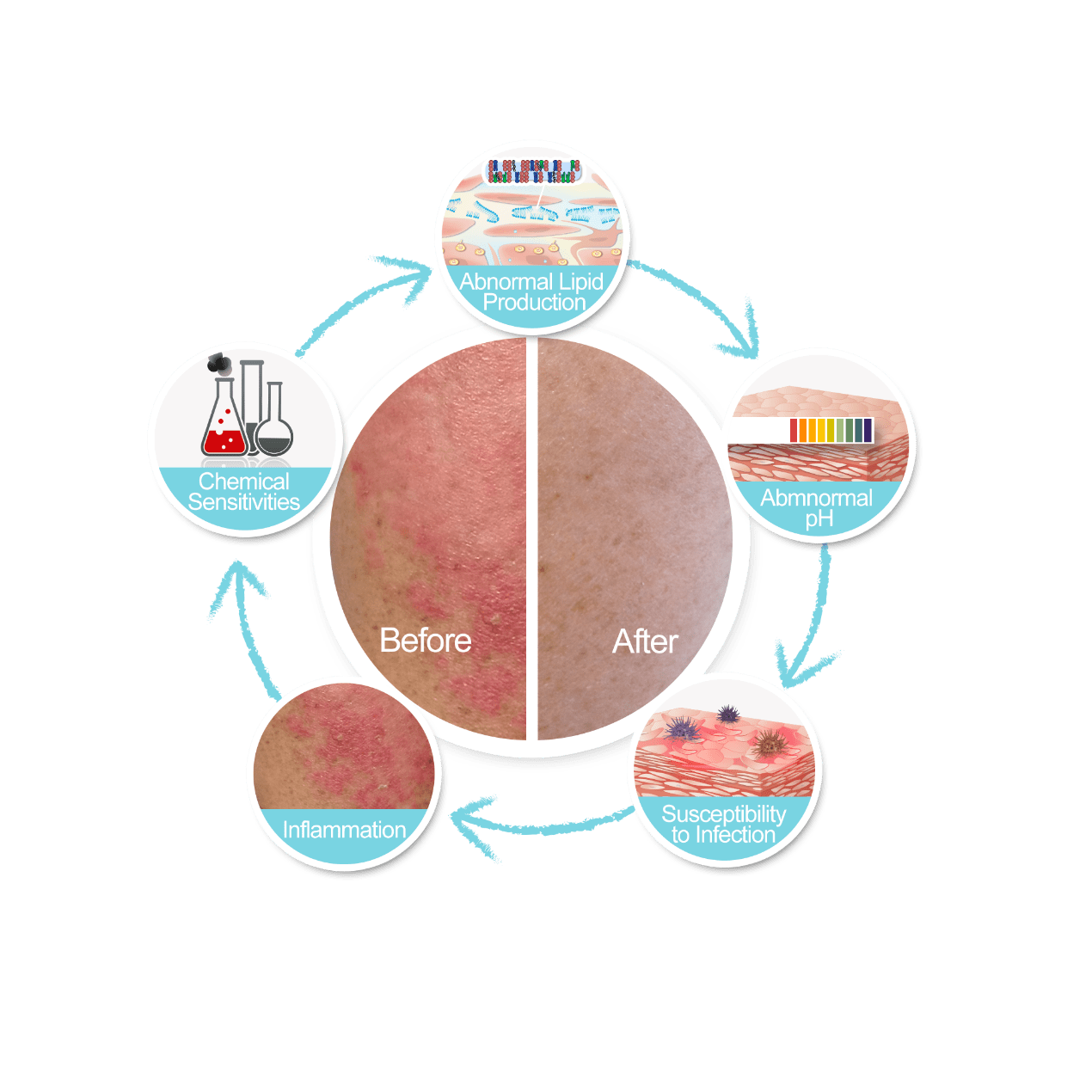 Why Won’t My Eczema Go Away?

Doctors traditionally recommend lotions and creams that layer on oils to treat the side effects, but don’t do anything for the underlying condition. They tell patients that they need to moisturize their dry skin and the problem will go away—even though the results almost always show this isn’t true.

Medical professionals prescribe medications loaded with steroids that work for a while, but come with serious side effects, like thinner skin, folliculitis, and even addiction. We realized we needed a long-term solution. We approached the problem from a different angle. We took a step back and compared the pH of healthy skin to the pH of skin with eczema, psoriasis, and atopical skin conditions. What we found changed everything we thought we knew about skin care. And it all starts with the naturally occurring acids on your skin.

However, when you wash your skin with traditional soaps, you scrub away the skin’s natural acidity and make it alkaline. Even using pure water washes away your skin’s natural acids. Most lotions and moisture replacement therapies are very alkaline too, which makes the problem worse.

Our research showed that helping the skin regain its natural acidic pH was critical to treating the worst skin condition. 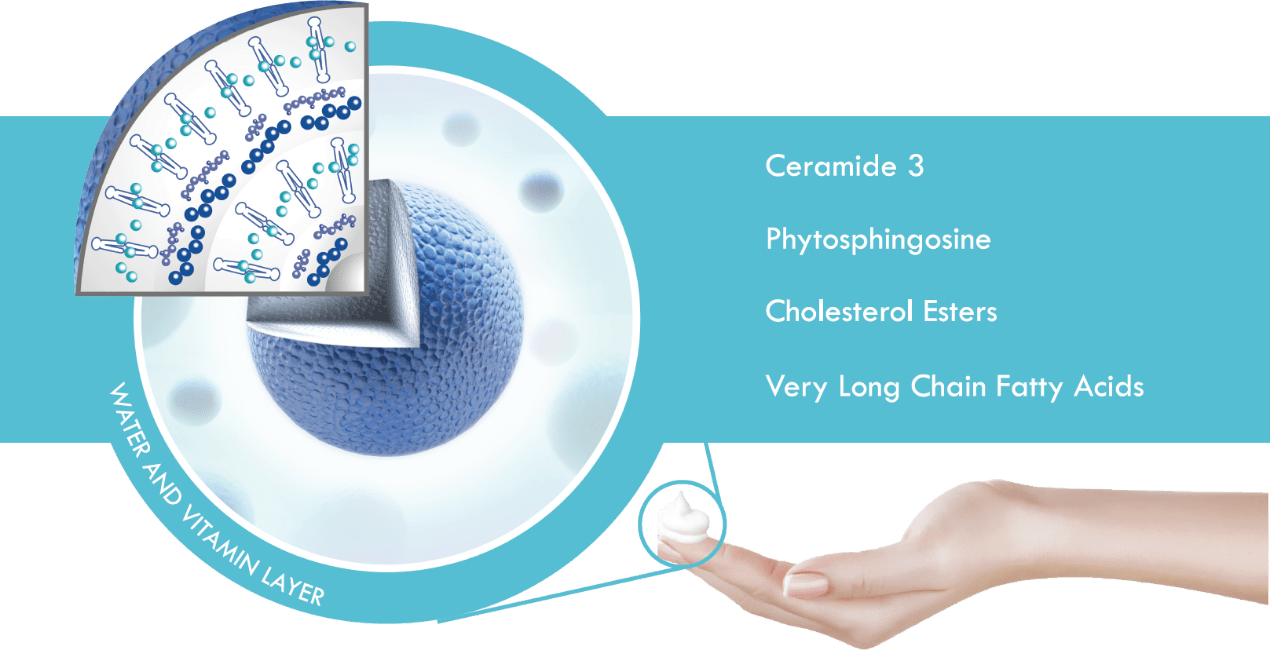 Healthy skin has a delicate balance of ceramides, very long chain fatty acids, cholesterol and cholesterol esters. Too much of one or the other is what leads to multiple skin diseases. Too little of these important lipids and your skin dries out and cracks.

Many of the treatments recommended by doctors today are made with just one of these critical ingredients, like cholesterol. But if you put cholesterol on your skin without the balance of other lipids, the result is eczema, increased wrinkles, and dried-out, rashy skin.

Our research made it clear that replacing the right lipids in the right combination is a vital step toward healthier skin.

Certain anti-inflammatory agents play a significant role in restoring a healthy skin barrier. The ingredient that is most helpful is called 18 ß-glycyrrhetinic acid. Despite its scientific sounding name, this compound is derived from licorice and has significant anti- inflammatory, anti-bacterial, and DNA reparative qualities.

Scientists who have worked with 18 ß-glycyrrhetinic acid have noted that it fights staphylococcal and MRSA infections as well as viral infections like RSV and Candida. All three of these healthy skin secrets play an important role in relieving painful, dry, itchy red skin conditions. When you combine them together in the right concentrations, what you get is a powerful skin care product that helps support and restore healthy skin. 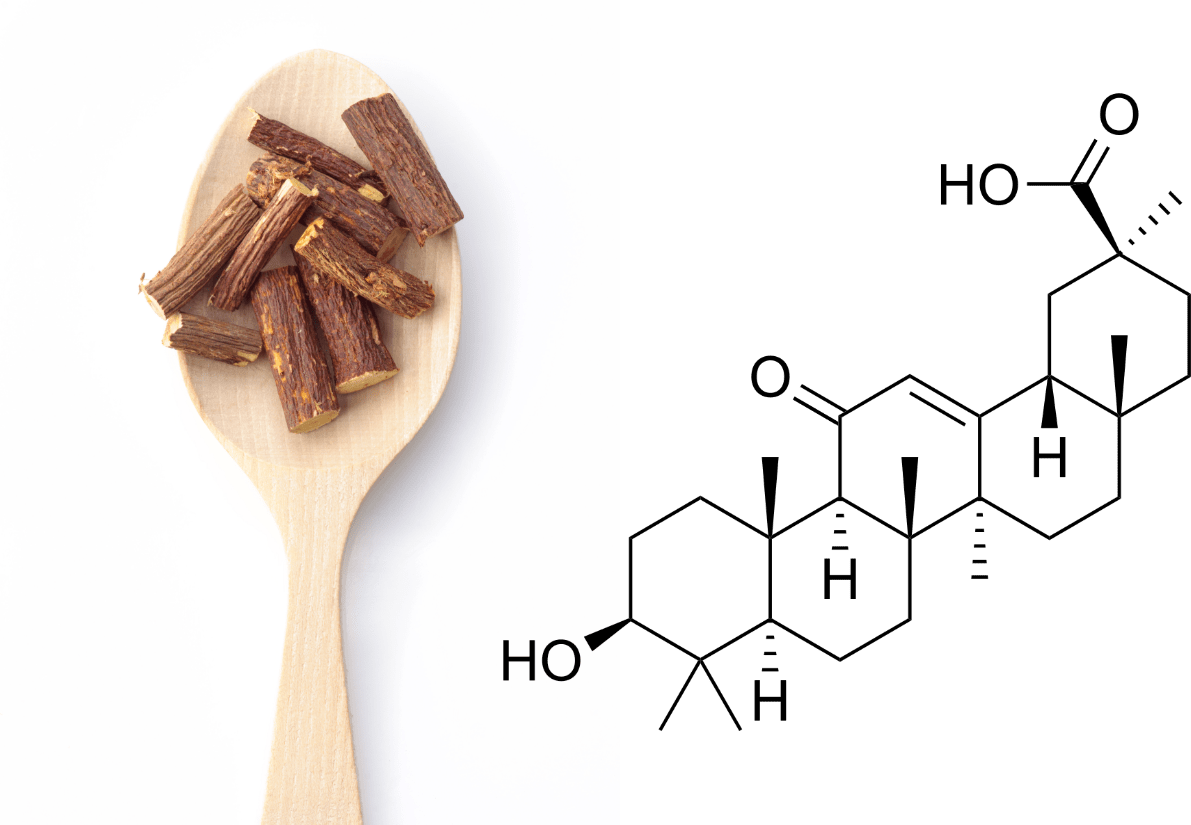 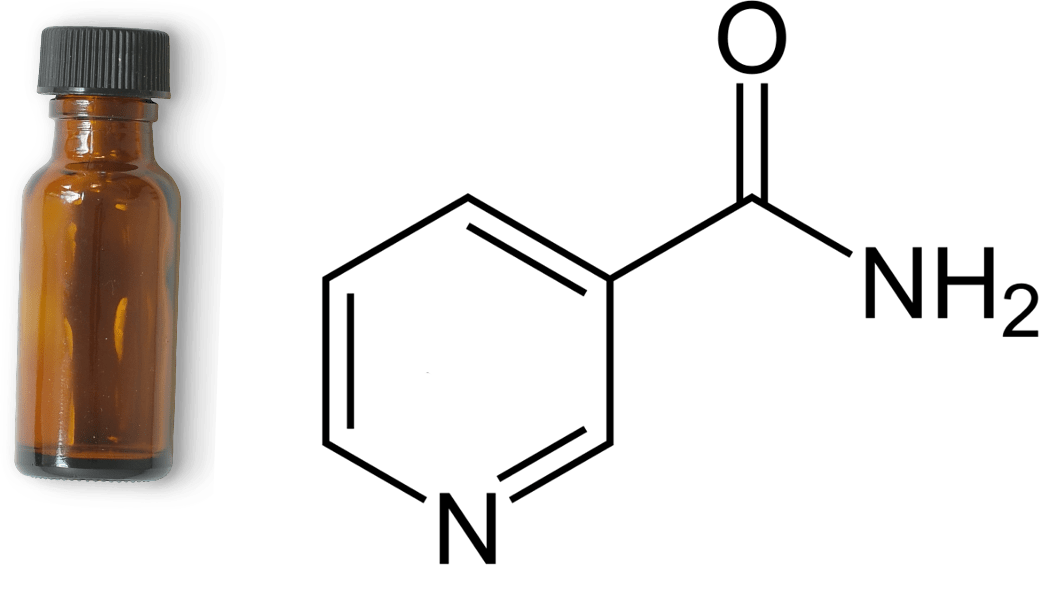 Niacinamide and The Super Vitamin for Skin

With countless research studies showing effectiveness in eczema, acne and rosacea, niacinamide also packs an amazing anti-inflammatory punch. Niacinamide also has DNA-reparative functionalities that are perfect for damaged, inflamed and infected skin. The TrueLipids combination of niacinamide and 18 ß-glycyrrhetinic acid is incredibly soothing to your skin. 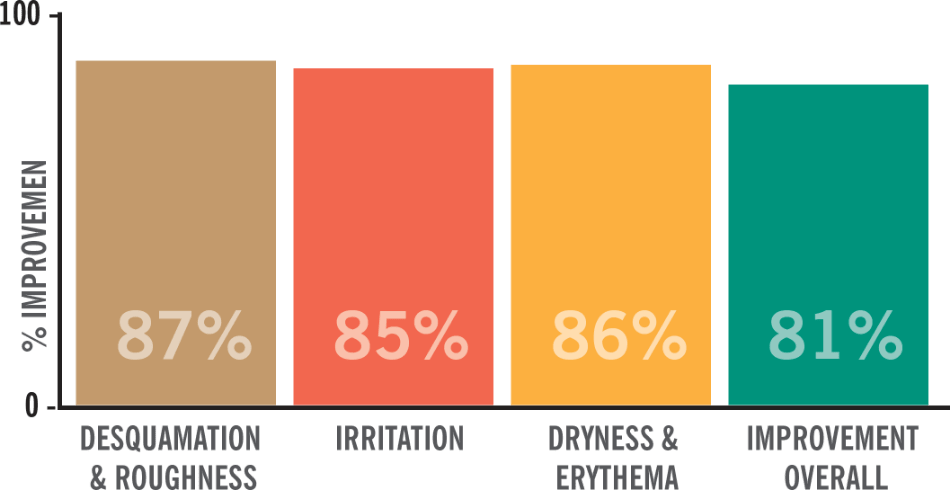 We tested the TrueLipids products with 25 children aged 6 months to 18 years, applying the products twice daily for two weeks. The results were excellent. Physicians who participated in the test noted an:

To make sure that TrueLipids delivered on its promise, we conducted repeat insult patch testing on 200 people to ensure that these formulas are as gentle on the skin as expected. We saw zero allergic reactions and zero irritant reactions.

Free of 88 of the Most Common Allergens

Perhaps most important of all, TrueLipids is made without any of the 88 top allergens commonly found in other skincare products—things like bees wax, parabens, PEGs, fragrances, dyes and 83 other potentially allergenic ingredients. TrueLipids is truly allergen free. 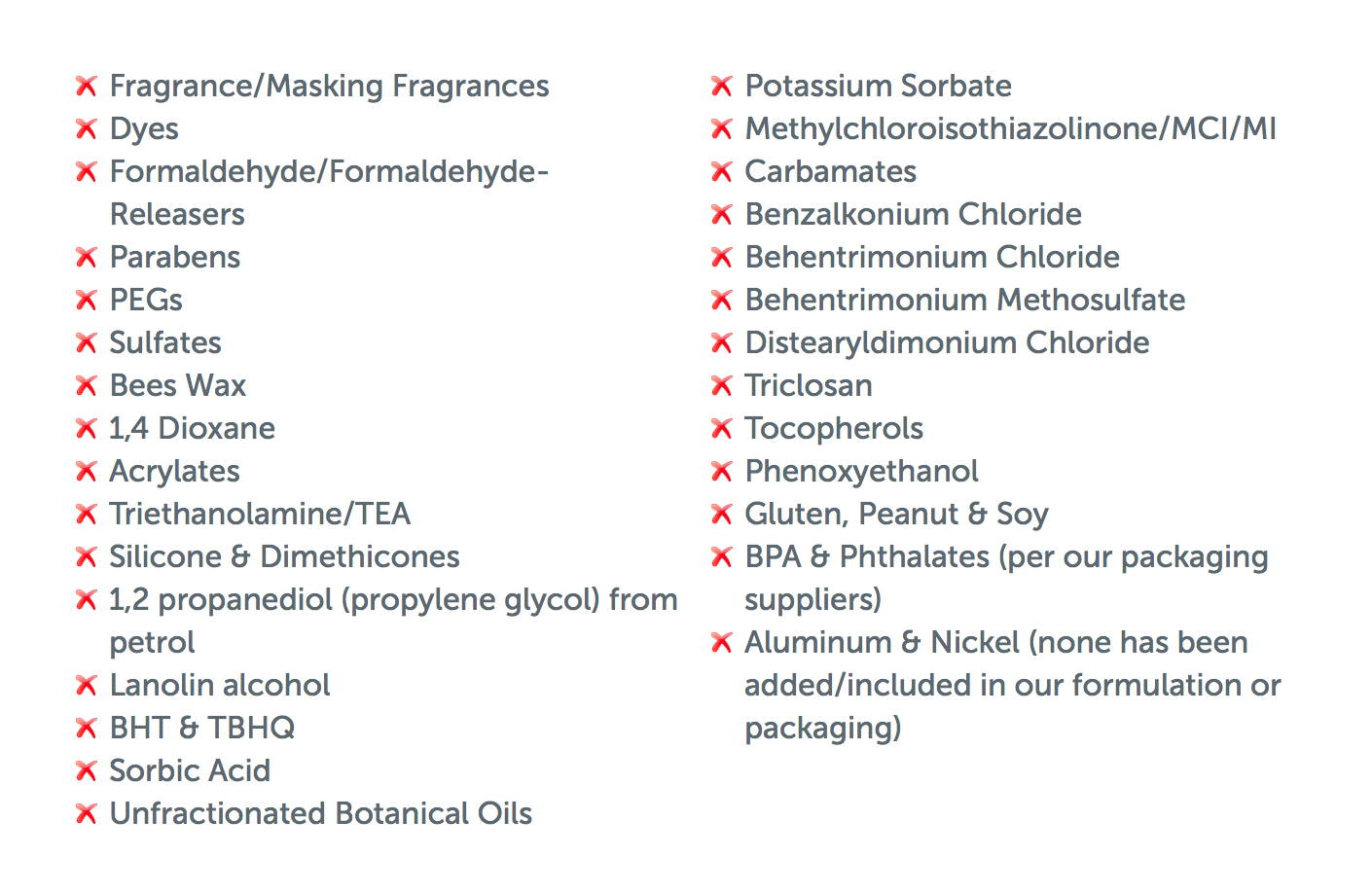 What’s more we also conducted a TEWL inhibition analysis (that’s a measure of how well TrueLipids prevents skin from drying out) and found it performed with flying colors!

Enough Science. Look at the Results

With a 98% success rate our patients couldn’t be happier, but the real proof of TrueLipids is in the pictures. Take a look at our testimonials from our customers. In mild and moderate cases of atopic dermatitis, TrueLipids alone delivered amazing results in as little as 7 days. 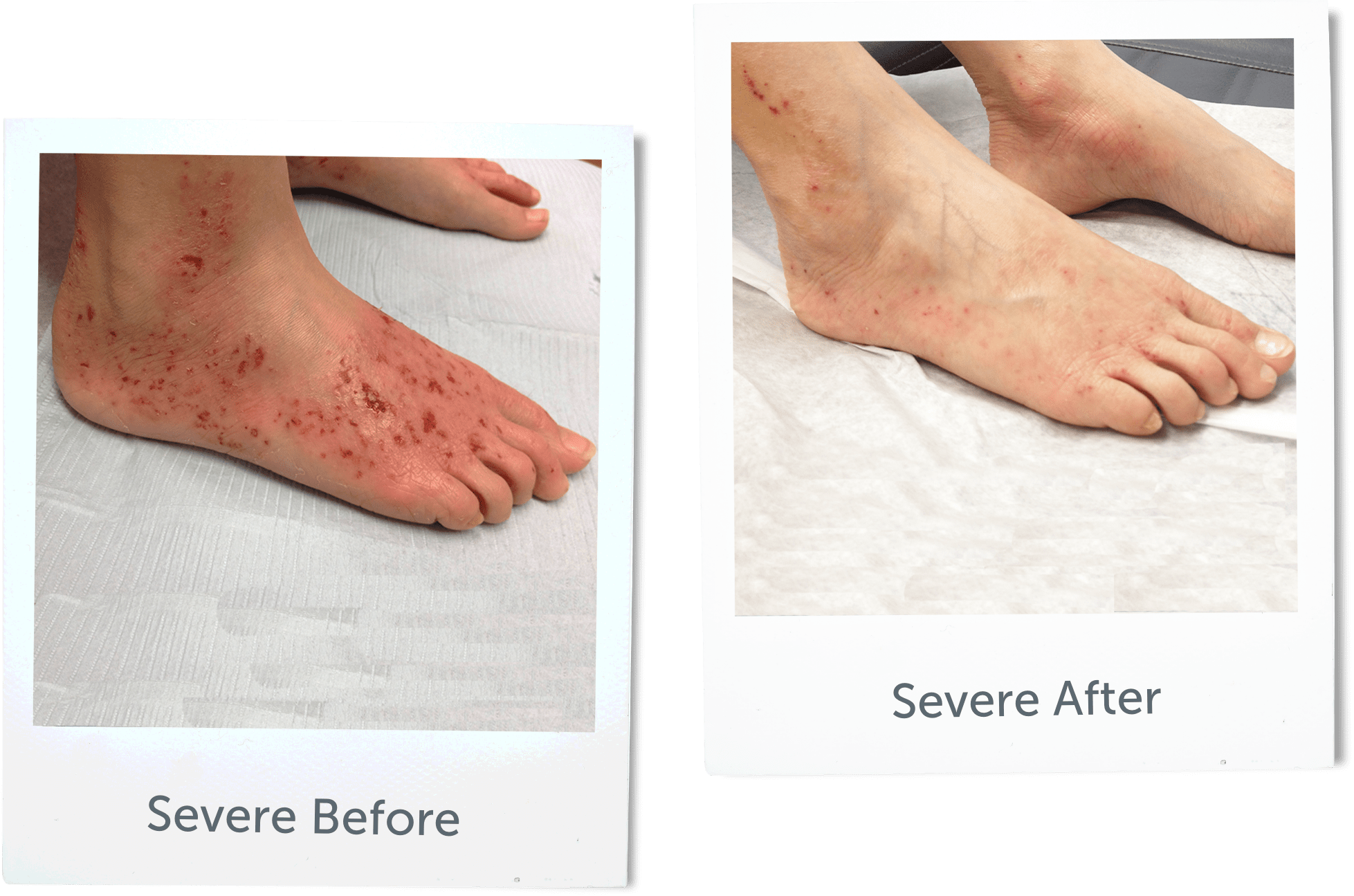 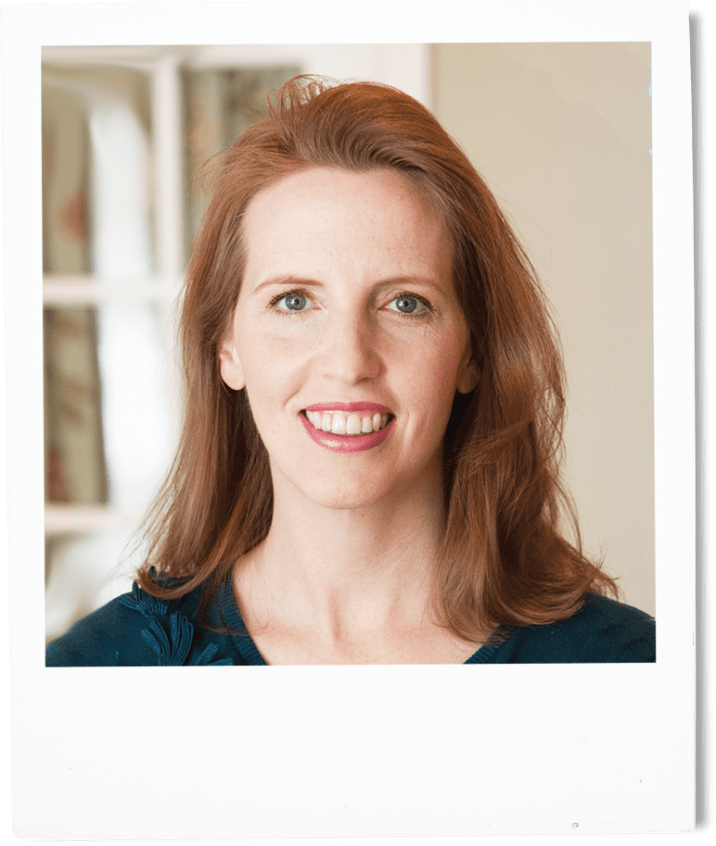 I have spent my entire career focused upon the treatment of eczema. While working as a clinical research scientist at the National Institutes of Health, I treated patients from all over the world with the worst cases of eczema. I found that there were no effective solutions for my patients and so I set out to create a REAL solution for the treatment of eczema. After almost FIVE years of trial and error, TrueLipids was born! We found a solution that works in almost every case. Our team is the most highly-trained group of experts in the treatment of eczema. You can be rest assured that we can help you or your child find calm, soft, smooth skin.

* Protopic® is a registered trademark of Astellas Pharma

* Elidel® is a registered trademark of Novartis

** Note: If using hydrocortisone on the eyelid area, be sure to limit use to only a few days. Stop using immediately and see your physician if you notice any eye pain or vision changes. Though extremely rare, topical steroids may possibly contribute to cataracts and glaucoma when used excessively on the eyelids.

Plus, be the first to hear about new products and special offers.

Plus, be the first to hear about new products and special offers.